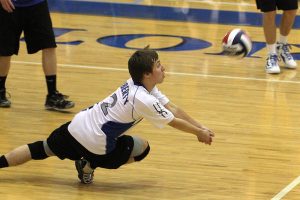 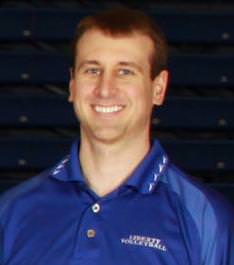 Coach Hale is a 1993 graduate of Utica High School, and a 1997 graduate of Ohio Wesleyan University, majoring in Math. Hale played basketball at OWU all 4 years and was a captain his senior year. He completed his Masters of Education in Instructional Technology from Ashland University in 2004.

Coach Hale and his wife, Jaime, reside in Powell with their daughters, Emily and Sophie.

Katherine Fogg has been coaching for over 20 years. She has coached varsity high school girls and boys volleyball for over 15 years. She started and played volleyball all 4 years while at Ashland University. Throughout college she coached club volleyball teams of various ages. She resides in Powell with her husband and 4 children.

Deryll Rohda has been coaching volleyball for Olentangy for over 20 years. He is the Assistant coach for the boys’ and girls’ programs at Liberty High School.

Coach Rohda has coached football, cross country, wrestling and track while teaching Physical Education and Health for the Olentangy Local School District where he retired in 2013. He is currently teaching at Columbus Briggs High School.

Coach Rohda and his wife, Noreen, live in Powell and have two children Claire and Max.